It’s an intriguing time to be alive as a young woman.

We’re encouraged to step out of preconceived notions for what is traditionally feminine in order to rise up the ladder, but I think in doing so we’re ignoring the fact that there’s a lot of power in femininity.

There’s a lot of power in polka dots.

And the color pink.

And manicures and charcoal masks.

Simply because we value these things in our lives doesn’t make us any less powerful or less capable than those who don’t. Why can’t we show that being powerful and being feminine aren’t at odds, but rather complement one another to give us unique strengths as individuals? 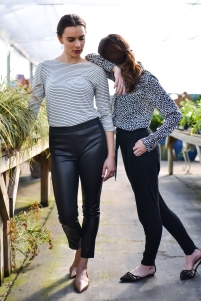 Kate Bartolotta, a writer for the Huffington Post, shares her thoughts on femininity and being vulnerable,

“Everywhere we turn, people are crying out for authenticity, for genuine connections, for renewed empathy. As we move forward, we need to take this step away from lives propelled by aggression and step into true fearlessness, which is a product of our raw, tender hearts.

If in this new era we are truly going to move forward as human beings, it will not be through strength or force.

Strength of force is no match for the boundless strength of surrender.

If, as has been implied by the Dalai Lama and other leaders, that women will save Western Civilization, it will not be through intellect, nor ambition, nor any overt power. It won’t be because we are perfect. It will be because we are vulnerable.” 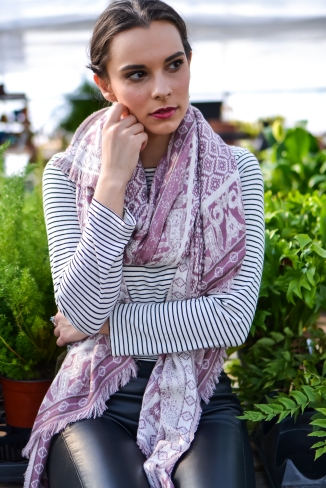 When I’m sitting in my MBA classes and everyone is talking about working for investment banks or accounting firms, I’m the only one who proudly says they’re going to start a fashion company. After I say this, I’ll usually get a weird look, or they’ll say something along the lines of “Wow, that’s ambitious!” Yeah, it is ambitious. But I was raised to think deeper and dream bigger. I was raised to believe that if your dreams don’t scare you, they aren’t big enough. So I’m going to keep contouring my cheekbones for my night class with pride and also create pro forma financial documents that will blow your basic socks off.

It’s fine if you don’t have those same priorities.

But it’s also fine if you do, which is something I don’t think gets spoken about enough.

Feminine style is a part of who I am.

Rushing to paint my nails blush pink before a business networking event doesn’t mean I’m any less capable of showing a potential venture capitalist that they could seriously profit from investing in our company where our net profit margin is over twice the average (more on that to come!).

One thought on “There’s Power in Pink & Polka Dots”